The National Music Publishers’ Association is suing Roblox for allegedly using songs without permission or payment, as reported by Variety.

The NBPA is seeking a minimum of $200 million in damages and claims that artists including Ariana Grande, Imagine Dragons, deadmau5, Ed Sheeran and the Rolling Stones have had their work illegally used in games hosted on the platform, resulting in lost income.

In the filing, NMPA president David Israelite commented on how the platform is making “hundreds of millions of dollars by requiring users to pay every time they upload music onto the platform — taking advantage of young people’s lack of understanding about copyright — and then they take virtually no action to prevent repeat infringement or alert users to the risks they are taking”.

“Roblox actively preys on its impressionable user base and their desire for popular music, teaching children that pirating music is perfectly acceptable,” the complaint says.

Roblox’s shares increased by as much as 5% in after-hours trading after the company reported its first earning report since the company began trading shares in March this year. According to the WSJ, as of Wednesday, the company’s market capitalization is about $52 billion. For the first quarter of 2021, Roblox reported a revenue of $387 million which is up 140% from the same quarter of the previous year.

In a securities filing ahead of its public debut, Roblox had warned investors that the company could face such problems in the intellectual property area.

“As we face increasing competition and gain a higher profile, the possibility of intellectual property rights and other claims against us grows,” Roblox said in the filing. “Our technologies may not be able to withstand any third-party claims against their use. In addition, many companies have the capability to dedicate substantially greater resources to enforce their intellectual property rights and to defend claims that may be brought against them.” 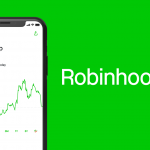 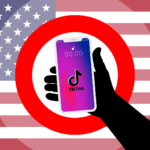