ByteDance-owned social media company TikTok announced today that it has reduced its workforce in Russia where it limited most of its services earlier this year, as reported by Russian state-owned news agency RIA Novosti. (via Reuters)

“This year, we were forced to take a number of decisions regarding the operation of our service in Russia and now, unfortunately, we have had to reduce the number of employees in the country,” TikTik said in a statement to the agency.

In February, the company announced that it suspended new video uploads and live streams on its popular short video app in Russia, in response to the country’s ‘fake news’ law that makes it illegal to post ‘’false information’’ about its invasion of Ukraine.

In January and February alone, 1,298 apps registered in Russia were removed from the Google and Apple app stores, according to Pixalate. 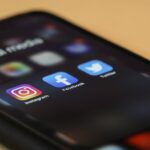