Pinterest announced that it has ended the Creator Rewards program that allows creators to make money for creating original Idea Pins in response to monthly reward goals created by the platform.

“The Creator Rewards program will end on November 30, 2022. To all the creators who participated, thank you for your partnership. We’re committed to exploring more ways to help you find success on Pinterest and we’re looking forward to finding more opportunities to work together in 2023,” Pinterest said in a help page.

The company, which is still continuing monetization initiatives like paid partnership tool, shoppable Idea Pins and Pinterest TV, explained the reason for discontinuing the Creator Rewards program to focus on other creator programs and features.

“After launching several new features in 2022, we made the difficult decision to discontinue the Creator Rewards program in order to focus on other creator programs and features. While we’ve seen a lot of early success with this program, we’ve taken some time to reevaluate the best ways we can enable more creators to find success on Pinterest,” Pinterest said.

Pinterest also announced that it will pay a one-time bonus to creators who participated in at least one reward goal for August, September, or October 2022. The company said payouts for rewards goals completed in November will be issued in December as planned. 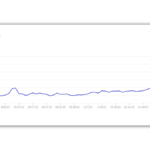