First announced officially by Google back in December, Google Play Store is rolling out a new feature to let you share apps with nearby Android devices using the Nearby Share feature.

According to 9to5Google, you need to have a version 24.0 or higher of the Google Play Store in order to use the new functionality.

In order to enable app sharing with Nearby Sharing:

Once the two devices are connected by Nearby Share, both users can be sender or recipient. A “Send apps” button allows the recipient to do just that, while the sender will see a “Send more apps” option instead. 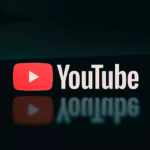