Popular language learning app Duolingo disappeared from some app stores in China including those of Tencent and Huawei.

The news comes at a time when the $120 billion private education industry in China is facing a crackdown after the government issued new regulations last month which now requires tutoring and education companies to turn into non-profit, bans curriculum-based tutoring for-profit and more.

Although it’s not known yet whether the removal of Duolingo is associated with the ongoing education crackdown, the company said yesterday that it’s aware of the removal and working to bring the app back soon.

“We are working to address the issue and are hopeful that the app will be reinstated in the near term,” the company said. “In the meanwhile, existing users in China can continue to use the app as they always do.“

Duolingo is one of the most popular language-learning apps in the world with over 500 million downloads and 40 million monthly active users. It’s currently the top-grossing Education app on the App Store and Play Store.

The company filed for an IPO in late June and made its market debut last week. It raised $521 million in the U.S. IPO, reaching a  valuation of $6.5 billion. 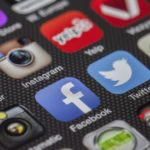